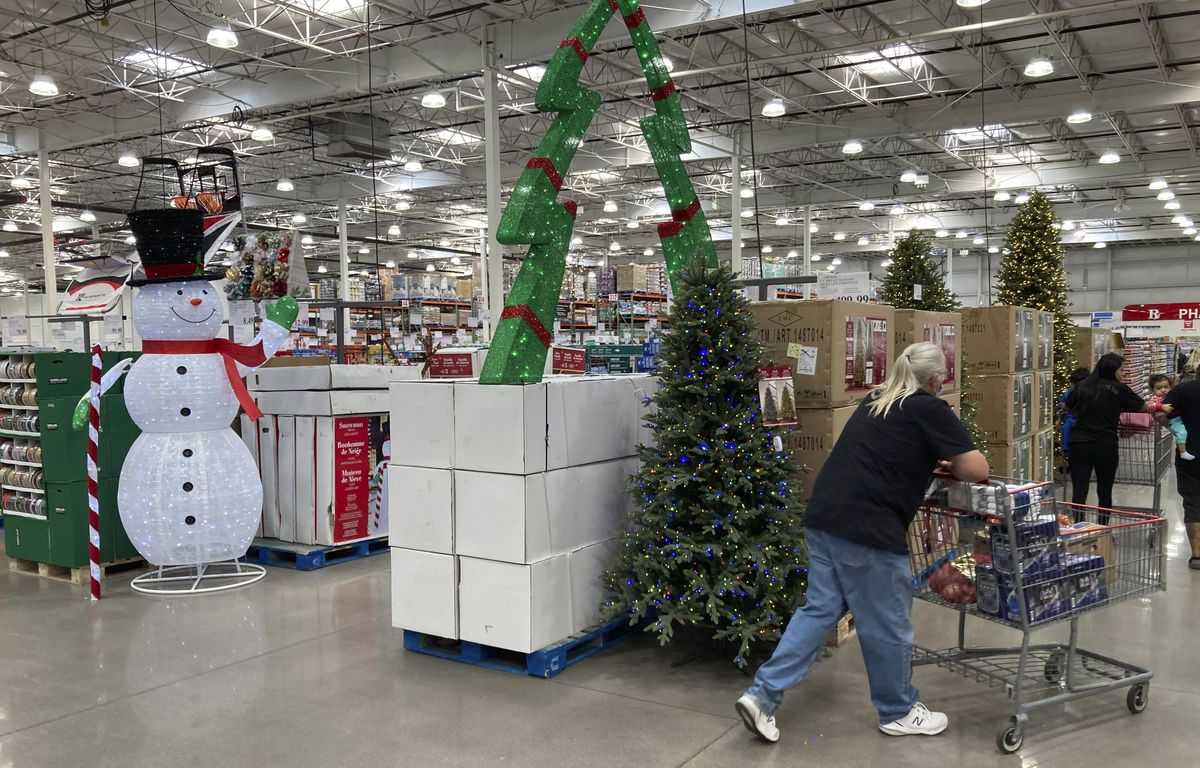 Enter here, Atacadao. No, it’s not the thrilling new player of the Seleçao after Neymar and Vinicius, but a Carrefour branch established in Brazil, as its name might suggest. The supermarket group has announced its intention to import a first test store in Ile-de-France in the fall of 2023, at a time when France is going through a historic period of inflation and purchasing power crisis.

Atacadao is a “discounter”, a brand that offers products at extremely low prices, a sort of Lidl on steroids. To allow such discounts, here, we do without any frills: the sign looks more like a warehouse than the supermarkets you frequent, the products being sold in boxes, on pallets or metal shelves. In order to maximize the purchase, we buy in very large quantities, most of the goods being sold in kilo(s) or litre(s). Not many references – less than 10,000, compared to four times more in a traditional hypermarket, almost no brands, products purchased en masse when they are at their lowest… And voila: count prices between 10 and 15% lower than elsewhere.

A change in habits

Does this store call for others in the future? Yves Marin, consumer and retail expert at the consulting firm Wavestone, does not risk the prognosis: “It’s a totally different model from what we know in Western Europe. It is therefore quite difficult to predict how the unaccustomed consumer will react. Two Costco, an American store based on roughly the same model, have already grown in Ile-de-France, respectively in 2017 and 2021, but not enough to upset habits for the moment. Same observation with Yolande Piris, professor of management sciences and specialist in distribution at the University of Bretagne-Sud: “This does not correspond at all to our way of consuming. Low cost is one thing, this type of sign is another, provided for both individuals and businesses. You may already be going to a discounter, but it’s rarer for you to buy a 10kg packet of rice. This is the model of these brands, Costco even operating only on subscription.

Just as we do not see flowers without spring, this kind of supermarket only grows in times of economic crisis, indicates Pascale Hébel, associate director at C-Ways, a consulting firm in anticipation marketing. She takes the example of Lidl, which had difficulty establishing itself in the early 2000s, when France did not experience such inflation. “The best would have been for Atacadao and other models of this kind to arrive now, at the peak of inflation,” the expert believes.

Where are you, middle class?

Certainly, the economic forecasts for 2023, and even for 2024, are not good. “The chances of sustained growth in the coming years are slim,” says Pascale Hébel. To tell the truth, economists expect more a recession than glorious years. If you should never swear to anything, Yolande Piris believes that the model will find an audience when it comes: “The ground is favorable to this kind of offer, will most likely still be in a year, and even after. »

On the other hand, if the situation improves, there would be no point for Atacadao to make the trip to France, continues the professor of management: “It is a model that will absolutely not divert purchases from well-positioned families, it will only attract low-income households. The price is the only argument to offer, so it is limited in better economic times. “One could argue that the warehouse brand has nevertheless been able to establish itself permanently in Brazil and the United States, “but these are countries more subject to deep inequalities. It remains to be seen whether France is going in this direction with the disappearance of the middle class,” warns Yves Marin.

A future of restriction

And then, cocorico, France remains France, country of gastronomy. A socio-cultural capital that counts when shopping. “The French will be more concerned about the quality of food products than a Brazilian or an American. This is in particular why Lidl had to ”get gentrified”, because the price argument, which was buoyant during the crises, quickly became insufficient afterwards”, relaunches Pascale Hébel.

She speaks here of a time that the under 20s cannot know, but when it was established, Lidl also played it pallets and zero fuss, before going upmarket a little. Welcome to the infinite circle of discount, explains Pascale Hébel: “A more economically efficient model arrives, which relegates the others and forces them to move upmarket, before this same model becomes bourgeois, another arrives with a even more efficient model…” At its beginnings, in the 1950s, Leclerc was also considered hard-discount, before gradually standardizing.

Atacadao & Co could therefore establish itself on a long-term basis. Because if we are – we hope – at the peak of inflation and that the war in Ukraine – we hope – will end, “we are still heading towards a difficult period. Agricultural production risks becoming more expensive and resources more scarce with climate change. In this case, discounts and slashed prices could remain an ultra-competitive argument”.