At the Maison Perchée, young people suffering from bipolarity and schizophrenia help each other 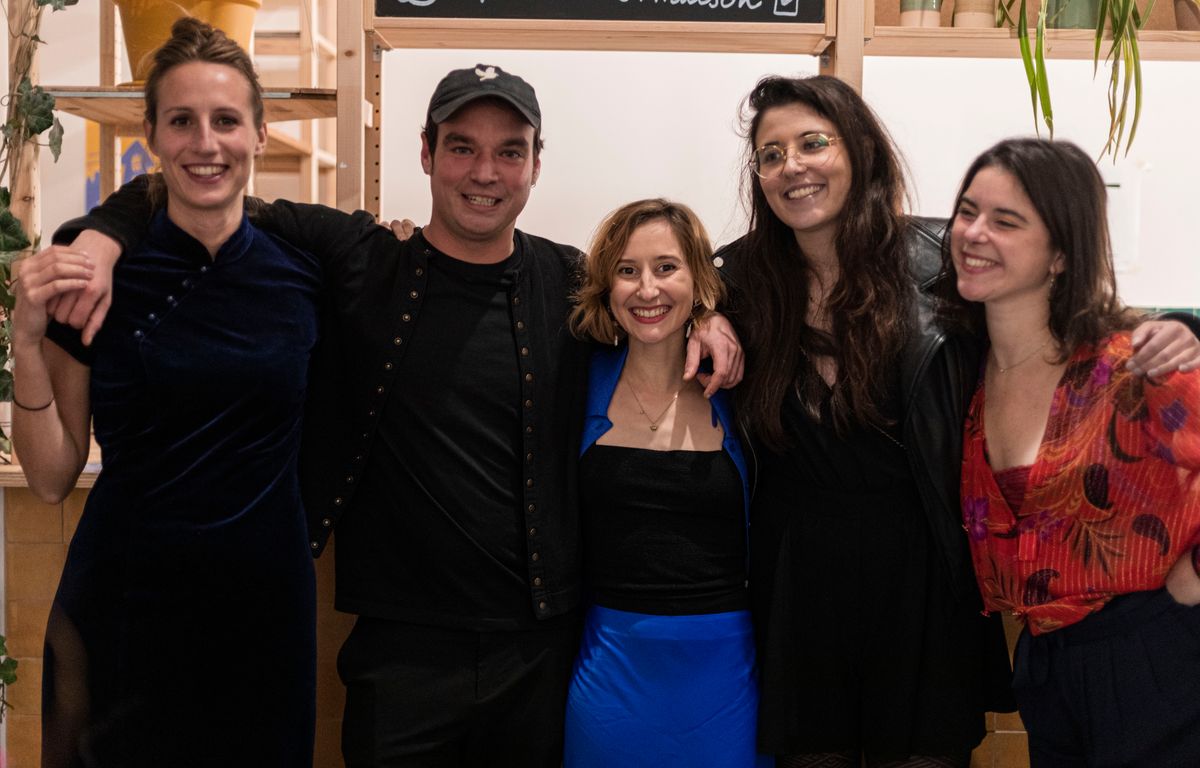 At 59 avenue de la République, in the 11th arrondissement of Paris, a room with large windows surrounded by black sports a large sticker “La Maison Perchée”. This Thursday evening, for the first time, the windows are fogged up. Inside, the silhouettes move. A hundred people came to attend the inauguration of this somewhat special place which will open its doors to members on December 1 and to the general public in January. A non-medical place for young people suffering from bipolar disorder and schizophrenia based on mutual aid, listening and the sharing of experiences. Three of its four young founders and founders, Maxime Perez-Zitvogel, Lucille Zolla, Caroline Matte and Victoria Leroy, suffer from one of these two disorders.

20 hours. The four thirty-somethings take to the stage in front of their relatives, volunteers and several patrons. “I understood that the hospital was not very hospitable for me, says Victoria Leroy, who has made many stays in psychiatric hospitals. I needed a home, for me but also for other wandering people. ” Maxime Perez-Zitvogel recovers the microphone: ” I was lucky to have a roof, something to eat and to have loved ones who supported me. But not everyone is so lucky. Maxime’s sister turns around and looks at her mother tenderly.

It is to combat this loneliness that the Maison Perchée was created. Hana Levy-Soussan, 29, is present on the stage. The student had just completed her master’s degree in psychology when she was hospitalized for four months due to her bipolar disorder, diagnosed in June 2020. “When I was really high and completely delusional in the hospital, what I was suffering from the most was the loneliness, the fact that no one understood what I was saying”, confides the young woman to us once off stage.

So when she found out the perched house, she did not hesitate. “We find ourselves with people who have had more or less similar experiences, so we get out of this loneliness. When several of us are mad, we no longer feel mad. »

On the walls, a frieze summarizes the path taken by the association since its beginnings, in 2020. If discussion groups, workshops and conversations in pairs could already be carried out on line for nearly a year, Parisians will now be able to go to the association’s spacious premises to attend. A huge room with a high ceiling in the heart of the capital that the founders and volunteers took time to find and which also houses a café at its entrance, open to all.

A sharing of experiences

In front of the frieze, drawings made by members of the community and QR codes provide information on the various disorders, in order to destigmatize mental illness. “In my time, the stigma was even greater,” says Rémi, one of the oldest – although relatively young – volunteers. The nearly 40-year-old began by leading discussion groups and taking “hour-long phone calls from people who weren’t feeling very well and who wanted to talk.”

Before joining the Maison Perchée, he had never met people with bipolar disorder, like him, apart from his stays in a psychiatric hospital and said he wanted to “share his experience”. The engineer is married, father of two children and worked in large companies and abroad. “By leading discussion groups, I realized that it gave a lot of hope to younger people who had recently been diagnosed and who did not imagine it was possible. »

Volunteers trained for a year

The training of “peer helpers” is Hana who takes care of it. The trained psychologist, who today prefers the title of “psychofolly”, recruits, trains and accompanies dozens of volunteers. People who have taken a step back from their disorder and with whom young people can identify. Continuing education lasts one year. “I teach them how to lead a discussion group, accompany the other in the most helpful way possible, tell their stories by moving from our raw experience to experiential knowledge”, she states, playfully. People who have been supported are encouraged to help out once they are on the road to recovery.

At the Maison Perchée, volunteers and members address all the questions that a young person living with a mental disorder may have. “In particular, we organize workshops on the theme of ‘knowing your rights better'”, explains Clara, a volunteer who is studying law. “We explain, for example, how to justify a long absence due to hospitalization on a CV”. Questions that people do not necessarily ask their psychiatrist, in the same way as their intimate life, their studies or their family life.

Families have not been forgotten either, as there are also discussion groups for relatives. Florence, who proudly wears her “volunteer” badge, is one of them. The mother of the family joined the Maison Perchée following the diagnosis of her 19-year-old son. Today she coordinates support groups for relatives. “For the moment, my son does not want to attend, regrets the mother. But at least he knows it exists. »

During the evening, two volunteers take a look at the summary frieze and see how far we have come. The four founders are now employees. They were able to recruit 25 volunteers and the House already has a hundred members. A house that never stops growing.