La Matanza: persecution, shooting and death after the robbery of a Chinese supermarket

Video: the robbery before the chase.

In the last few hours, the area of ​​Villa Luzuriaga in La Matanza was the scene of a fierce persecution between criminals and police from Buenos Aires who ended in a shootout, with a criminal killeda case investigated by the prosecutor Federico Medone, head of the UFI for Homicide in the jurisdiction.

It started with a coincidence. Two mobile phones from the provincial force found a gray Renault Megane at the intersection of Américo and Perón streets. Simultaneously, 911 confirmed that at 2200 América Street, three men robbed a Chinese supermarket and then escaped in a similar car. They yelled the voice of car, the criminals refused to stop and the chase began. They reached Rincón and Arribeños, where the Megane collided violently, destroying its nose.

The criminals descended, pistol in hand, since at least one of them was armed. Then the bullets started. Cristian Eduardo Laval, 33, was killed by several shots to the chest. The second offender suffered several traumatisms and was referred to the Paroissien hospital. The third, Martín Quiña, went to the same hospital with a gunshot wound, out of danger.

The two criminals who survived were arrested for the crimes of robbery, attempted murder aggravated by being directed at a police officer, and illegal possession of a weapon of war. The money from the robbery was inside a black backpack.

Medone, on the other hand, did not take a temper against the policemen. 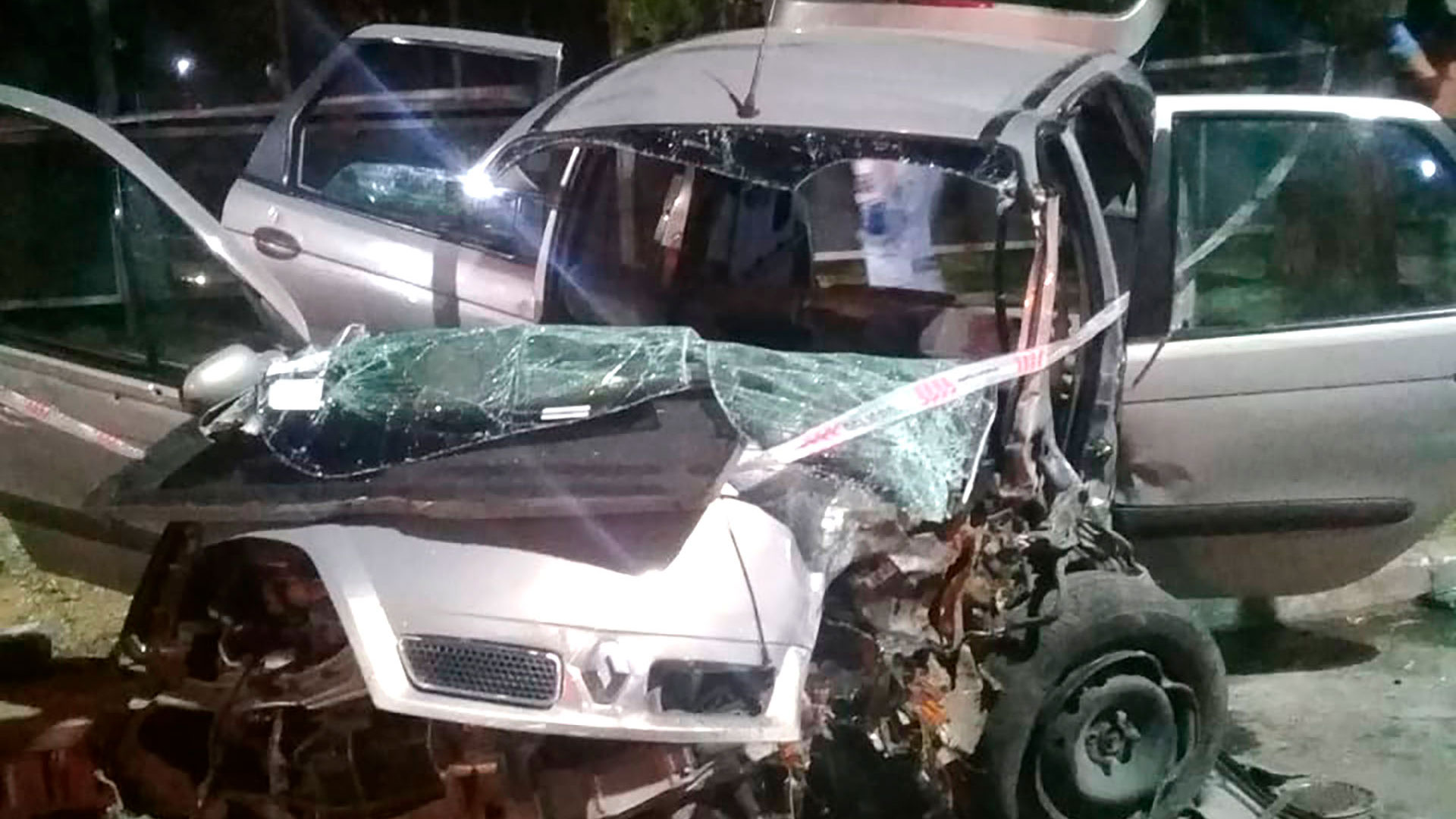 The Megane after the chase.

The case of La Matanza is one of more than hot weeks in the Buenos Aires suburbs, in terms of insecurity. On Wednesday morning, a member of the Buenos Aires Province Police killed at least one shot at a 17-year-old motorcycle that tried to assault him along with an accomplice when he was going to a bus stop in the Buenos Aires town of Claypole, Admiral Brown party.

As confirmed by police sources infobaethe other offender was injured but was able to flee and is still wanted by the authorities.

The violent event occurred in the corner of Ramón Bravo and Humberto Primo streets, minutes after the Buenos Aires agent left his home to wait for a bus. It was at that moment that the two assailants got off the motorcycle and pointed firearms at him to make him hand over his belongings.

However, the policeman was determined to defend himself. Immediately he identified himself as an agent and took his service weapon to try to prevent theft. But the situation got out of control and according to what the policeman himself declared, there was a brief shootout with the motorcycles.

It may interest you: A policeman from the City of Buenos Aires killed a man in an attempted robbery

Seeing that the robbery was not going to be possible, the thieves they left their motorcycle abandoned in the place and they escaped on foot. Finally, the minor collapsed at about three hundred meters and died. On his part, the accomplice was also shot, although he managed to flee.

The police immediately notified 911 of what had happened and agents from the Almirante Brown Patrol Command went to the scene and later verified that the deceased criminal was 17 years old and had several criminal records for robbery. In addition, he had violated the house arrest.

The investigation involved the Functional Instruction Unit (UFI) 8 of the Lomas de Zamora Judicial Department who for the moment did not take any action against the uniformed officer who shot down the underage motorcycle.

Similar cases are repeated. Just a week ago, a Buenos Aires City Police officer killed an alleged criminal with two bullets, in an attempted robbery that led to a shootout in the Buenos Aires town of Ingeniero Budge.

According to police information, the incident occurred on José Espronceda street between Capitán Sarmiento and General Martín Rodríguez avenue, in said town in the Lomas de zamorain the southern zone of Greater Buenos Aires.

At that moment, a City Police officer, who had completed his service, was returning home dressed in civilian clothes. in a bus on line 20 and getting off the bus, the man walked a few meters in the direction of his home. According to the report, he was surprised by two motorcyclists. One of them He got out of the vehicle and threatened him with a firearm. to hand over his belongings.

Faced with this situation, the officer hid behind a car parked on the street and took out his service weapon, after which he identified himself as a police officer and called a halt to the offender.

The assailant began to shoot at the agent, who repelled the attack and a brief shootout ensued, which ended when the thief, who ended up shooting from the opposite sidewalk, fell badly wounded to the ground after receiving two bullet wounds.

The trial for the crime of Lucas González will begin in March 2023
With drones and dogs, they intensified the search for Susana Cáceres in Moreno: she has been missing for 8 days