Absinthe, new DAZN format between football and music to talk about champions 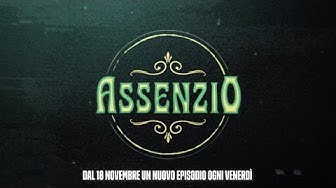 Absinthea new format of DAZN is a mix of special ingredients: an elegant underground cocktail bar with an intimate and intimate atmosphere; the voice of the DAZN commentator and commentator Stephen Borghi to tell the “outside the box” lives of six modern football champions, with their past glories and the ghosts of the present; the sought-after musical themes composed by the exceptional band formed by Alex Uhlmann (Planet Funk), Sergio Carnevale (Bluvertigo) and the producer Luca La Morgia.

Six episodes with six protagonists, six stories told in the evocative setting of GERMI – Luogo di Contaminazione, a cultural musical project by Manuel Agnelli and Rodrigo D’Erasmo of the Afterhours, which see sport, music and mixology meet to give life to an original storytelling and a suggestive atmosphere.

The first episode, available from November 18 exclusively on the app, delve into the legend of Inter’s top scorer in the Champions League, immortalized in the Maracanã Walk of Fame: the Emperor Adriano Leite Ribeiro.

In front of a cocktail specially prepared to pay homage to the protagonist of the episode, Stefano Borghi, a reference for football fans, and Alex Uhlmann, frontman of Planet Funk, alternate memories of the debut of the very young number 14 and the commentary of the timethe Under 17 World Cupthe debut with the Inter shirt And the penalty in the 84th minute that left the Santiago Bernabeu open-mouthed; but also his fragility, gossip, the disappearance of his father and depression, which put a stop to his racing career.

The format thus traces the history of a football phenomenon, and offers for each episode a musical theme created ad hoc, inspired by the characteristics of the protagonist of the conversation, whose explanation of the creative genesis is entrusted to Alex Uhlmann.

«Absinthe was immediately for me the idea of ​​being able to free the suggestions. And to intertwine two worlds such as football and music, apparently not very close but in reality totally intertwined for me, because they have always represented my two greatest passions. Retracing the careers, lives, businesses and failures of six figures full of contrasts, without making judgments or budgets, just with the pure pleasure of exploring their complexity. In the end, it was like getting together with a group of friends to have a good glass and talk about the things we like. Without necessarily arriving at the truth, but looking for the most intense and suggestive point of view to see things».

«Absinthe represented a wonderful challenge for me. As a football fan, I must have heard Stefano’s commentary hundreds of times, and finally finding him in front of me, being able to talk to him about particularly fascinating footballers, hearing his anecdotes and his point of view was already wonderful as a ”spectator” . And being able to put my own into it, writing music to try to tell each of these players, going back in time and digging into memory was like setting off on a beautiful journey. A journey made of music and football, what could be more beautiful?»

After the pilot episode dedicated to Adriano, the episodes will continue with other stories: from the unpredictability of “The son of the wind” Claudio Paul Caniggia at the “Gunslinger” Luis Suarez, from the roller coaster story of Lothar Matthäus to the goalscorer with wild instincts Faustino Asprillauntil the last episode dedicated to Gianluigi Lentini whose life is marked by a before and an after.